Some time ago when the weather shift more towards the winter season Kim and I decided it would be fun to do a Beer Talk on different Christmas/Winter beers. Collaborating  together we chose four different breweries and subsequently four completely different tasting beers for the winter season.

‘This heavily-hopped winter ale pours auburn and delivers perfect bitterness. Brewed in honor of the colorful characters who make Ellicottville their winter home. As one of the regions most popular winter destinations, ski culture is at the heart of our brewery & brand.’

‘Kacey’s Kristmas Ale takes its name from the founder’s daughter, Kacey. Kacey’s Kristmas Ale is a brown ale flavored with real cherries. It boasts chocolate and coffee flavors which are balanced by the crisp zest of hops, finishing with the semi-tart cherry taste.’

‘‘Twill be the fuggliest time of the year, so we joyously present our gift to this year’s season… Fuggly Sweater. Fuggly Sweater is a dark lager brewed to inspire the holiday favorite, gingerbread. The wide range of specialty malts create yummy cookie and cake qualities. The presentation is dark, but not opaque, with brown hues. Ginger is at center stage, and as with traditional gingerbread, a light amount of cloves, nutmeg, and cinnamon round out the spice profile. The official beer of this year’s Fuggly Sweater Party Season.’

So, onto the Beer Talk! 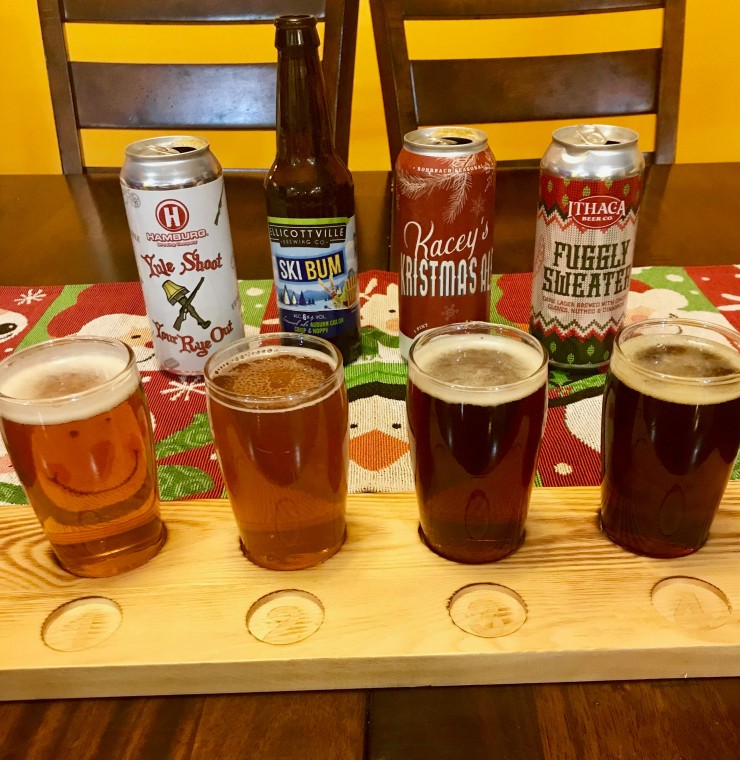 So there you have it Beer talk 4.0. I’m hoping this will guide some of you with your choices of beer this Christmas season or throughout the winter. Either way I’m sure each of these beer will keep you warm until the summer months!